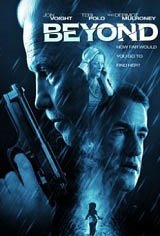 A seven-year-old is kidnapped from her bedroom in the middle of the night and an almost-retired police detective takes on the case. But as he begins his investigation, he clashes with a mysterious radio psychic who is claiming to have visions of the missing girl. As trail gets cold and time runs out, they begin to get clues that seem to be coming from a place outside the law, past human reason.