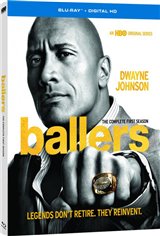 Former football superstar Spencer Strasmore (Dwayne Johnson) becomes a financial advisor who focuses on handling the finances of other football players, past and present.

He finds the job is trickier than it appears as he has to deal with spoiled players who have little control in public and/or who overspend, forcing him to lend them thousands of dollars out of his own pocket. Meanwhile, his girlfriend wants Spencer to get tested by a doctor to make sure he hasn't suffered any long term damage from being hit in the head over and over during his time on the field, and he also suffers nightmares due to guilt at having ended another player's career.