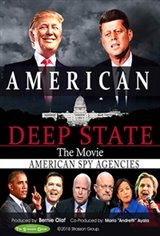 For The First time in American History, American People see clearly the possibility that Elected Government have to surrender to or abide by the rules set by the Powerful Washington bureaucrats also known as The Deep State. And it looks as if, after all, Bureaucrats may be more powerful Than the most Powerful Person on earth - The United States President.