A Dying King: The Shah of Iran 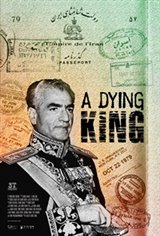 On January 16,1979, the Shah of Iran Mohamad Reza Pahlavi, left the royal palace, the Peacock Throne and his beloved country Iran for the last time, commencing what became a 19-month odyssey into exile.

He wondered hopelessly from Egypt to Morocco, Bahamas, Mexico, the U.S, then Panama and back again to Egypt where he died furtively at the age of 60. His death had profound consequences for the future of the Middle East and the world, yet the untold medical story of the last King of Iran has to date remained a puzzling mystery.

By unraveling the secrecy surrounding this critical period of history, beginning from the onset of the Shah's illness, to the diagnosis/misdiagnosis and maltreatment, "A Dying King" exposes the main causes of the Iranian Revolution, the pursuant 444 days hostage crisis, and the adversarial relations between the U.S and Iran.