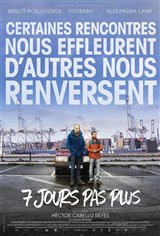 Pierre, the owner of a small hardware store in the north of France, avoids contact with his peers as much as possible.

Fascinated by absurd facts and morbid news, which he cuts carefully out of newspapers from all over the world, the bachelor suffers a severe disruption of his routine when he comes across a young penniless Indian, who is looking for his uncle.

Pierre’s efforts to hand him over to the police and then to the embassy proved to be fruitless, and Pierre has no choice but to house this foreigner who speaks only Bengali. Pierre makes a deal with the young man. If in seven days his uncle does not show up, he will kick him out.