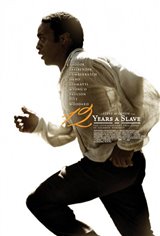 The movie Twelve Years a Slave (2013) is based on the life of a free black man named Solomon Northup, who was kidnapped and forced into slavery in the mid-19th century in the United States.

Solomon was born in Essex County, New York, in July 1808. He married his wife, Anne Hampton, on Christmas Day 1829, when he was 21 years old. They had three children, Elizabeth, Margaret, and Alonzo, and lived together in Saratoga Springs from 1834 to 1841. He travelled for work to many places including Kingston, Ontario and Montreal, Quebec. Around the time of his capture, he’d decided to take a job as a violinist. Without informing his family, he went to New York to get his freedom papers and then to Washington City.

While in Washington, Solomon was drugged and captured by a slave dealer named James H. Burch. When Solomon protested he was a free man, not a slave, Burch tortured and threatened to kill him if he ever spoke of his past again. Solomon was taken with several other slaves by boat to New Orleans. During the journey, Solomon contracted small pox and nearly died. After a few weeks in hospital, he and many of the slaves he’d travelled with were put into a Louisiana slave pen owned by another slave dealer named Theophilus Freeman.

Solomon, who was given the name Platt, and many of the other slaves were then sold to William Ford on June 23, 1841. Solomon spoke highly about Ford in his book as good man who was caught in the social mores of his time. He did not suffer with Ford as his “master” and had such esteem for the man that he nearly revealed his past – until he remembered Burch’s warning.

Unfortunately, Ford fell into money problems and Solomon was subsequently sold to a carpenter named John M. Tibeats in the winter of 1842. Tibeats was the polar opposite of Ford and did not get along with Solomon. Tibeats nearly killed Solomon twice—once with a whip, the other time with an axe. After the second attack, Solomon ran away, back to Ford’s plantation, where he was well known and liked, to seek safety from Tibeats.

Not long after, Solomon was again sold, this time to Edwin Epps, a hard and unjust man who also liked to beat his slaves. Solomon picked cotton at Epps’ plantation on the banks of Bayou Boeuf in New Orleans for 10 years. He lived in a drafty cabin with a plank of wood for his bed and only a coarse blanket for warmth. Although he tried to inform his family about his enslavement, his attempts failed. It wasn’t until June 1852 that Northup’s life finally changed for the better.

A Canadian carpenter by the name of Samuel Bass was commissioned to build Epps’ house on the plantation. Solomon, who had experience with carpentry, was pulled from the cotton fields to help. The meeting between the two, and their subsequent friendship, spelled the end of Solomon’s time in New Orleans. He eventually broke down and told Bass, who was against slavery, about his past and begged Bass to write letters to his friends in the North requesting his freedom papers. Bass got word to Solomon's attorney, a white lawyer named Henry B. Northup, who, with Solomon’s freedom papers in hand, was sent by the governor of New York to find and free him. On January 3, 1853, Henry B. Northup finally arrived at Epps’ plantation and took Solomon away from Bayou Boeuf.

That same month, Solomon went to court against the slave trader Burch for kidnapping him in 1841, but the charges were dropped. In return, Burch accused Solomon of attempting to defraud him. Although Solomon’s legal battle against the slave trader was unsuccessful, he officially regained his freedom on January 20, 1853. He returned home to his wife and children, then living in Glen Falls, New York, two days later, after being separated from them for twelve years.

Solomon wrote an account of his life called Twelve Years a Slave, which was published in 1853 and sold over 30,000 copies. It describes his enslavement in vivid detail and helped to spur the anti-slavery movement in the northern United States. After the book’s publication, Solomon delivered abolitionist lectures and helped the Underground Railroad movement in Vermont, led by a Methodist minister named John L. Smith. There is some mystery surrounding Solomon’s death. He is believed to have died between 1863 and 1875 although there are no records about the details or exact date of his death and no grave has been found.