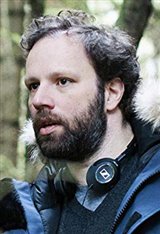 Yorgos LanthimosYorgos Lanthimos was born in Athens, Greece. After his parents separated, he was raised by his mother. She died when he was 17, leaving him on his own. He found work to support himself and began to study TV and film directing at the Hellenic Cinema and Television School Stavrakos in Athens. He began his directing career with a number of dance videos in collaboration with Greek choreographers. Yorgos soon moved on to TV commercials, music videos, short films and theatrical plays... See All