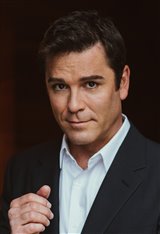 Born in Montreal to French-Canadian parents, Yannick Bisson and his family often moved due to his father’s business, before settling in Toronto. There, the young teen began acting in commercials and by the time he was 15, he had a starring role in the CBC-TV movie Hockey Night (1984), opposite Megan Follows. Next, he made his feature film debut with a starring role as Toby in Toby McTeague (1986), this time playing a teen whose ambition is to win a prestigious dog race. Later that year, Yannick... See All