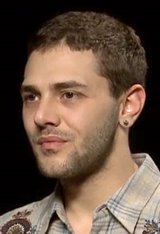 Xavier Dolan was born in Montreal, Québec to Geneviève Dolan, a teacher, and Manuel Tadros, an actor and singer. He launched his acting career at the age of five on the Quebec mini-series Miséricorde. He made his feature film debut just a few years later in the comedy J'en suis! (1997), starring Patrick Huard and Roy Dupuis. Xavier also became well-known as a director when his debut film released: I Killed My Mother (2009), for which he also wrote the screenplay. This intense drama, in which he... See All