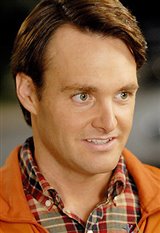 Will Forte has established himself as one of the most versatile comedy actors in film and television. Not only has he put in eight seasons on Saturday Night Live, but he has successfully made the transition to feature film work by writing and starring in The Brothers Solomon and MacGruber (2010). Forte also lent his voice to the hit animated film Cloudy With a Chance of Meatballs. During his time at SNL, Forte has produced many memorable sketches. He has showcased his singing talents as an... See All