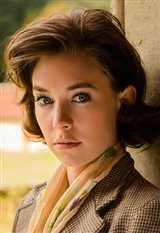 Vanessa Kirby is known for her portrayal of Princess Margaret on the acclaimed Network series The Crown. Since then, she also played the role of White Widow in Mission: Impossible - Fallout (2018) opposite Tom Cruise.

Vanessa grew up in Wimbledon, a district of London, England, where she was able to hear the exchanges made during tennis matches played on the famous turf field.

Her film debut came with the role of Jane in the romantic drama Love/Loss (2010). The following year, she played two roles on television, on an episode of the drama series The Hour and as Estella, a lead role on the BBC miniseries The Great Expectations.

In 2013, she joined the cast of Richard Curtis' romantic comedy About Time, starring Rachel McAdams and Domhnall Gleeson. Also on the big screen, she took a role in the Wachowskis' Jupiter Ascending(2015) alongside Channing Tatum and Mila Kunis. She also joined Jake Gyllenhaal as part of the expedition Everest(2015).

For her role as Princess Margaret in two seasons of Netflix's award-winning original series The Crown, she earned several nominations—including an Emmy award nomination. After being nominated for a BAFTA Award for Best Supporting Actress on TV in 2017, she won the award in 2018.

Her work on stage has not gone unnoticed, with her playing roles in several acclaimed productions, including A Streetcar Named Desire with Ben Foster. In 2016, Variety magazine described her as "the outstanding stage actress of her generation, capable of the most unexpected choices."

She gave a critically acclaimed performance in the Netflix film Pieces of a Woman (2021), which premiered at the 2020 Toronto International Film Festival. For her role, she even won Best Actress at the Venice Film Festival, taking home the Golden Lion.

The role earned her several other award nominations for Best Actress, including nods from the Oscars, Golden Globes and Screen Actors Guild awards.

She will be reprising her role as the White Widow in Mission: Impossible 7 (2021).