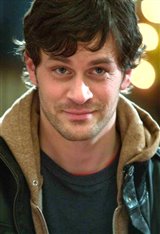 Scott's first big break almost never happened. After auditioning for Tom Hanks' That Thing You Do!, the East Bridgewater, Massachusetts native was initially taken out of the running for the job when Hanks thought he could have passed for himself 15 years earlier. He didn't want to bring that kind of baggage to his debut directing effort. But when Hanks' wife, Rita Wilson, played the audition tape, she tipped the balance in Scott's favor by telling her husband she thought Scott was cute.

Since then, Scott, the third of four children born to a civil engineer father and insurance saleswoman mother, has been working steadily, in film, television and theater. But the career path he's on was initially not his first choice. Although he did some acting in high school plays, after graduating in 1988 he enrolled in communications at Syracuse University. It was during his sophomore year that things changed for him. "I went down to the theater," he says, "and saw everything going on—people jumping around being idiots—and I thought, 'This is my home. This is where I should be.' "

That's when Scott switched his major to drama. After getting his degree, he moved to New York City where he became one of those actor/waiters before founding a theater company with some friends called "a Theaterco."

His latest project is the comedy Diary of a Wimpy Kid: The Long Haul (2017) with Alicia Silverstone.

Scott and his wife, actress Jenni Gallagher, have two children together.