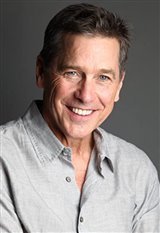 Tim Matheson was born in the Glendale suburb of Los Angeles. He is an actor/director who has been active in the industry since 1961, playing a variety of roles in film and on television. Tim began his career at the age of 13 in the comedy series Window on Main Street (1961-1962). Following his television debut, he played Michael Harmon in two episodes of Leave it to Beaver (1962-1963) and played several different roles on three episodes of My Three Sons (1962-1963). He also voiced a main role on... See All