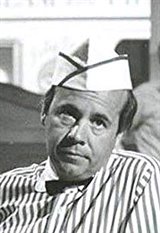 Hilarious comedic actor Tim Conway was most famous for his antics on The Carol Burnett Show, for which he won a Golden Globe and four Emmy awards, including one for writing. He later won two more Emmys for guest appearances on the sitcoms Coach and 30 Rock.

He’s also known for his movie roles, especially in Disney pictures such as The Apple Dumpling Gang, The Shaggy D.A. and The Apple Dumpling Gang Rides Again. Conway died May 14, 2019 in Los Angeles at age 85 after suffering complications from Normal Pressure Hydrocephalus (NPH), a disorder in which excess fluid accumulates in parts of the brain.