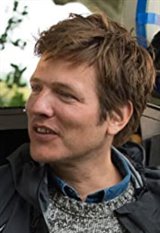 Born in Frederiksberg, Denmark, he graduated from the National Film School of Denmark in 1993, where he created his short film, Last Round (1993), known as Sidste omgang in Danish. The film would give Thomas his first taste of success, earning him the Jury's and Producers' Awards at the International Student Film Fest in Munich and the first place prize at the Tel Aviv Film Fest.

In 1998, he wrote and directed The Celebration, a Danish black comedy-drama film. The film is also known as Festen. The film received a number of awards and nominations, including the Jury Prize at the 1998 Cannes Film Festival.

Over the span of five years, Thomas would direct, produce, and write his apocalyptic science fiction love story It’s All About Love (2003). The film was shot entirely in English, and starred Joaquin Phoenix, Claire Danes, and Sean Penn.

In 2010, he directed the film Submarino. The film was well received by audiences and critics, earning him a number of nominations for his work, including Best Film and Best Director at the Danish Film Awards.

His 2012 film The Hunt, starring Mads Mikkelsen and Thomas Bo Larsen, was another huge success. The film earned one Oscar nomination, as well as 37 wins, and 69 nominations around the world from film festivals and societies. Among the accolades, the film received a nomination for the Plame d’Or, and won the Prize of the Ecumenical Jury at the 2012 Cannes Film Festival.

Thomas would again work with Mikkelsen and Larsen in Another Round (2020), also known as Druk—a film about four friends trying to improve their lives through alcohol. This is yet another film of his that was met with a tremendous amount of praise at its premiere. The film received a number of awards and nominations, including nominations for Best International Feature Film and Best Director at the 93rd Academy Awards, Best Foreign Language Film at the Golden Globe Awards, and four BAFTA nominations.

In 2019, Thomas lost his 19-year-old daughter Ida in a car accident when she and her mother were driving home from Belgium just four days after he began filming Another Round. The driver of the other car had been distracted by his cell phone. Thomas had originally meant for the film to be Ida's acting debut, in the role of the daughter of Mads Mikkelsen's character. Thomas dedicated the film to Ida, shooting parts of the movie in her school with her classmates.

In 1990, Thomas married film director Maria Walbom. The couple had two daughters together—Ida and Nanna—before their divorce in 2007. He married Danish actress Helene Reingaard Neumann in 2010.

Alongside fellow director Lars Von Trier, Thomas started the Dogme 95 movement. Their goal was to "take back power for the directors as artists," as opposed to the studio. They created a manifesto that had rules to create films on the traditional values of story, acting, and theme, avoiding the use of special effects and technology. Thomas' first Dogme film was The Celebration. ~Sean Olegario