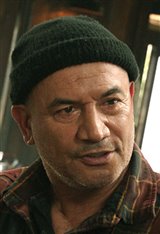 However, it would be 12 years later that he returned to the big screen, in the drama Other Halves (1984). Shortly after, he made his television debut, take on the role of Selwyn Broadhead on the 1986 TV series Seekers. His first major film role was in the critically acclaimed feature Once Were Warriors (1994). In 1996 his career took off, with roles in no less than five feature films, including Barb Wire featuring Pamela Anderson and The Island of Dr. Moreau starring Marlon Brando and Val... See All