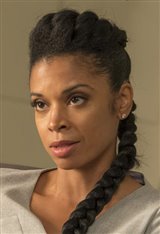 Susan went on to appear in several Broadway and off-Broadway plays before making her television debut in 2004, with guest appearances on the CBS crime drama Hack and the Fox television series The Jury. The same year, she was cast in a recurring role as Emma St. Claire on the popular NBC crime drama Third Watch.

However, her breakthrough role came when she was cast on the third season of the FX Network series Louie in 2012, opposite comedian Louie C.K. She stayed with the series for two years, while also taking on a recurring role on the NBC crime mystery series The Blacklist from 2013 to 2016.

In 2016, she was cast as Beth Pearson on the popular drama series This is Us, and she has so far appeared on 72 episodes.

On the big screen, Susan played a supporting role in A Beautiful Day in the Neighborhood as Andrea Vogel, the wife of a jaded journalist who reluctantly agrees to do a profile of Mr. Fred Rogers (played by Tom Hanks) for a major magazine.