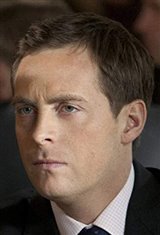 Born in London, Stephen Campbell Moore trained at the Guildhall School of Music and Drama. He began his career on the stage, appearing in the Royal Shakespeare Company's productions of Much Ado About Nothing and Antony and Cleopatra. Unlike many people who first land small roles in films and work their way up, Stephen's feature film debut was a starring role as Adam in Bright Young Things, released in England to critical acclaim in 2003. He appeared on the BBC mini-series Byron and He Knew He... See All