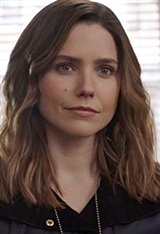 Sophia Bush was born in Pasadena, California, the only child to parents Charles William Bush, an advertising and celebrity photographer, and Maureen Bush, a photo studio manager. She attended school at Westridge School for Girls and at 17, was crowned Queen in Pasadena’s annual festival, the Tournament of Roses Parade.

Part of her school curriculum required her to participate in the theater arts program, and she credits her first performance as the moment she decided she wanted to be an actress. After graduation, she attended the University of Southern California to major in Journalism, with a minor in Theater, but quit after three years. During this time, she appeared in her first major film role in the comedy Van Wilder (2002), opposite Ryan Reynolds.

After dropping out of university, Sophia was cast in her first substantial role as Brooke Davis on the WB TV series One Tree Hill. The same year, she played opposite Arnold Schwarzenegger and Nick Stahl in Terminator 3: Rise of the Machines (2003), but was deemed too young for the role after she had begun principal photography on the film. She was ultimately replaced by Claire Danes.

For her role in One Tree Hill, Sophia was nominated for Choice TV Actress: Drama at the 2005 Teen Choice Awards. Not only did she earn mainstream fame on the set of the series, she also met her future husband, Chad Michael Murray, who played Lucas Scott on the show. In 2005, the two married, but separated after only five months of marriage.

Her next big film roles came in the following year. She acted in the horror flick Stay Alive (2006) and played Beth in the cult classic John Tucker Must Die (2006), which earned her a Teen Choice Award for Choice Movie Actress in a Comedy. She appeared in The Hitcher (2007), which was the remake of the 1986 classic horror film, and co-starred in the romantic comedy Chalet Girl (2011).

Sophia returned to television in 2012 and starred in the CBS sitcom Partners for its single season run. The next year she joined the cast of NBC’s Chicago Fire in the recurring role of Detective Erin Lindsay. She reprised this role in the drama Chicago P.D. and was billed as a main character for its three-year run. Between 2015 and 2017, she appeared as Lindsay in brief stints on Chicago Med and Chicago Justice.

In addition to acting, Sophia is a passionate philanthropist for causes such as the environment and for celebrating the arts. She uses her social media to advocate for the Maasai Wilderness Conservation Trust, which is a foundation committed to preserving biodiversity within the Maasai tribal lands of East Africa. She’s also an avid horseback rider, boxer, and photographer.

Most recently, Sophia lent her voice to the character of Voyd in the highly anticipated animated sequel Incredibles 2 (2018).