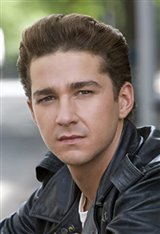 Born in Los Angeles, Shia LaBeouf decided to get involved in show business when he was watching an episode of the CBS-TV series Dr. Quinn, Medicine Woman and saw a friend. "We used to go surfing a lot, and I just saw him one day on TV, and I was like, 'What! I can do that.'" Shia began by doing stand-up comedy in coffee clubs at the age of nine. His parents helped him with his routine, and then his mother took him to get an agent. He continued doing stand-up comedy, but began landing larger gigs... See All