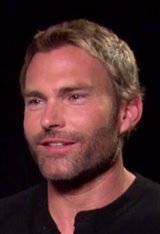 Growing up in Cottage Grove, Minnesota, Scott decided early on that he wanted to be an actor. Completing high school early, he moved to Los Angeles to pursue his dream career. He soon landed roles in the television series Something So Right, and Sweet Valley High, as well as a role in the TV movie Born Into Exile. He even landed a part in the Aerosmith music video, A Hole In My Heart. But he wasn't always so successful. Scott auditioned for a role on Baywatch, but was rejected. Scott made his... See All