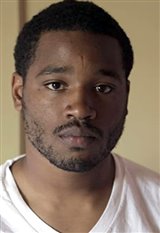 From football to film, Ryan Coogler has always shown promise. Born Ryan Kyle Coogler in Oakland, California, he attended Saint Mary's College on a football scholarship. When the school cancelled its football scholarships, he transferred to Sacramento State College and played there. It was at Saint Mary's where Ryan discovered a potential future in film. He was in a mandatory creative writing class when his professor assigned a project that entailed writing about a personal experience. Ryan... See All