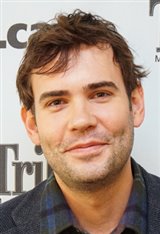 The middle of Donald Sutherland's three sons with his third wife, actress Francine Racette, Rossif Sutherland was born in Vancouver, British Columbia, but raised in France with his mother. Following in the acting footsteps of his father, mother and famous half-brother Kiefer, Rossif made his film debut in the 2003 Paramount major motion picture, Timeline, starring Paul Walker and Gerard Butler. On TV, he played the recurring role of Lester Kertzenstein on the 10th season of the hit series ER. A... See All