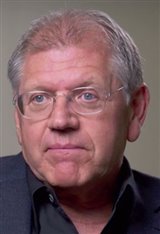 Born and raised on the south side of Chicago, Robert Zemeckis began making films with an 8mm camera while in high school. He attended Northern Illinois University before transferring to the University of Southern California School of Cinema. After winning a student Academy Award for his film Field of Honor, Zemeckis showed the film to directors Steven Spielberg and John Milius. Later, the filmmakers made it possible for Zemeckis and his USC writing partner Bob Gale to get a development deal for... See All