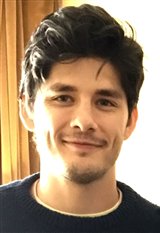 Ricardo Hoyos was born in Alliston, Ontario and began his acting career at the age of 11, with guest roles on TV series such as Love You to Death and Good Morning World, as well as a role as Sasha in the CBC TV movie The Secret of the Nutcracker (2007), directed by Eric Till. That same year, he was cast as Young Jon on The Comedy Network series The Jon Dore Television Show.

In 2010, Ricardo featured in 10 episodes of the Nickelodeon series Dino Dan, but it was in 2012 when he joined the cast of the hit show Degrassi: The Next Generation that he became a familiar face to television viewers in the role of Zig, a new student at Degrassi Community School. He continued with the series when it moved to Netflix and was renamed Degrassi: Next Class.

Along the way, during hiatus from the show, he picked up roles in movies such as Sadie's Last Days on Earth (2016) and The Belko Experiment (2016). When Degrassi concluded in 2018, Ricardo, who has an American father and therefore dual citizenship, moved to California. One of his first auditions was for the major motion picture Bumblebee(2018), about the lovable yellow Transformer. After only one callback with director Travis Knight, Ricardo landed the role of Tripp Summers, and starred alongside Hailee Steinfeld in the hit film.

Currently he can be seen playing the role of Jake in the series Love Daily, which airs on Hulu. Ricardo, an accomplished guitarist, also performs regularly with his band Dog Cosmic. Their first single, “Let You Inside,” will be released this month.