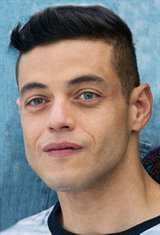 Rami Malek was born in Los Angeles, California, and is the second of three children. He has an identical twin brother, Sami, who is younger than him by four minutes, and an older sister named Yasmine. Their late father worked as a tour guide in Cairo before he and his wife, an accountant, moved to California in the late 1970s.

Rami attended Notre Dame High School where he shared several classes with other actors such as Rachel Bilson. While in school, he enjoyed taking theater classes and even performed alongside Kirsten Dunst, who was a year below him. After graduating in 1999, Rami studied at the University of Evansville in Evansville, Indiana, where he earned his Bachelor of Fine Arts degree in 2003. Throughout his university career, he actively pursued acting and performed in various stage productions.

In 2004, just one year after graduating, Rami would earn his very first professional acting credit as a guest star on the television series Gilmore Girls. The following year, he earned his Screen Actors Guild card for his role on the TV war drama Over There, in which he starred in two episodes. He also appeared on an episode of Medium and earned a recurring role as Kenny on the comedy series The War at Home.

Steadily gaining traction in the television world, Rami made his feature film debut as the Pharaoh Ahkmenrah in the comedy Night at the Museum (2006), where he appeared alongside the likes of Ben Stiller, Robin Williams and Owen Wilson. That same year, he returned to television and earned a recurring role as a suicide bomber, Marcos Al-Zacar, on season 8 of the show 24. He later reprised his role as Ahkmenrah in Night at the Museum: Battle of the Smithsonian (2009).

Rami’s greatest critical acclaim thus far in his career would come in 2010 for his portrayal as Corporal Merriell Shelton on the HBO miniseries The Pacific, which was produced by Steven Spielberg. The series won an Emmy for Outstanding Miniseries and also was nominated for and won several other accolades. Tom Hanks, who was a producer on the series, recognized Rami’s talent and later cast him in the romantic comedy Larry Crowne (2011).

Some of Rami's other film credits include the role of Benjamin, an Egyptian vampire in The Twilight Saga: Breaking Dawn – Part 2 (2012), in the indie film Short Term 12 (2013) with Brie Larson and in the third installment of the Museum series, Night at the Museum: Secret of the Tomb (2014).

Since 2015, Rami has maintained a starring role on the hit television series Mr. Robot as a computer hacker, which has earned him several award nominations and wins, including an Emmy award for Oustanding Lead Actor in a Drama Series in 2016. He also provided the voice for Flip McVicker on 10 episodes of the adult animated comedy Bojack Horseman between 2017 and 2018.

Most recently, Rami returned to the big screen in the biographical flick Bohemian Rhapsody (2018), starring as infamous artist and lead singer of the band Queen, Freddie Mercury. For his performance, he won an Academy Award and a Golden Globe award for Best Actor.

He will also lend his voice to the upcoming comedy film The Voyage of Doctor Dolittle (2020).

Rami currently resides in Los Angeles and has been recently romantically linked to his Bohemian Rhapsody co-star, Lucy Boynton. Prior to that, he was dating his Mr. Robot co-star, Portia Doubleday, who plays Angela Moss. In addition to acting on television and in movies, Rami has also lent his voice to various video games.