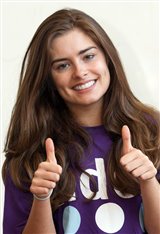 Rachel ShentonDate of Birth: December 21, 1987Born in Northern England in Stoke-on-Trent, Rachel Shenton is known for playing Lily Summers on the last two seasons of the American TV series Switched at Birth, about a red-haired deaf girl who was switched at birth and was raised by a working-class Hispanic single mother, while another girl was raised by her two wealthy WASP parents. When Rachel was 12, her father went deaf due to chemotherapy treatments for cancer during the last years of his life... See All