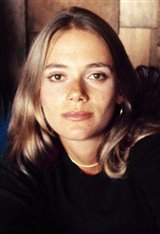 Peggy Lipton, who rose to instant fame in the late 1960s when she was cast as undercover police offer Julie Barnes on the hit crime drama series The Mod Squad (1968 to 1973), died May 11, 2019 at age 72 in Los Angeles after a battle with cancer.

She is the mother of actor Rashida Jones with her ex-husband, Quincy Jones. Peggy also played the role of Norma Jennings on the 1990s TV series Twin Peaks, reprising the role when the series was rebooted in 2017.