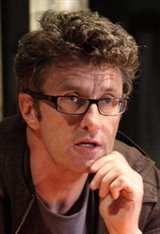 Pawel PawlikowskiDate of Birth: September 15, 1957Pawel Pawlikowski was born in Warsaw, Poland, to a mother who was a ballerina and a father who was a doctor. However, they kept splitting up and getting back together. Finally, when Pawel was 14, his mother told him they were going on holiday to Britain. However, once they arrived in London, they sought political asylum and she went on to become an English literature lecturer at a university and married a British man. At 19, Pawel was accepted to... See All