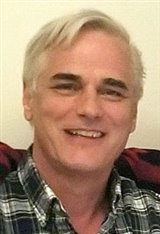 Because his father was a commander in the Canadian armed forces, Gross and his younger brother traveled the world in their youth. As a result, he was educated in a number of countries including England, Germany, America and Canada. Gross started acting while in Washington, performing in plays such as Canterbury Tales and Faustus. At age 14, he was doing TV commercials. After high school, he attended the University of Alberta, where he studied drama.

With his university education complete, Paul turned to the stage to further his acting experience. While performing in Canadian regional theaters, he also started to nurture his writing skills, penning the play, The Deer and the Antelope Play. A critical success, Gross earned two awards including the Clifford E. Lee National Playwriting Award and the Alberta Cultural Playwriting Award. He followed up the success with The Dead of Winter, Sprung Rhythm (the latter of which was performed at the Stratford Festival in Ontario), and Thunder, Perfect Mind.

Paul began working on the screen in 1985 with the feature film Turning to Stone. With his first taste of film, he started to write for television, penning In this Corner. In 1988 he gave a memorable performance in the Canadian miniseries, Chasing Rainbows, playing Jake Kincaid. A few more films and telefilms later, he landed a regular gig on The Red Green Show, playing Kevin Black.

In 1994 the telefilm Due South was released, which featured Gross as lead character Constable Benton Fraser. With strong ratings, Due South was soon made into a series with Gross reprising his role. Although the show only lasted three years (1994-1996 and 1997), it left a lasting impression on viewers both sides of the border. Gross even took the opportunity to write and produce a few of the episodes.

At the turn of the century, Paul returned to Stratford to perform one of Shakespeare's most difficult roles, Hamlet. Following the experience, he returned to his computer and writing. This time, he decided to create his first feature length screenplay, entitled Men With Brooms, which he both starred in and directed.

He went on to write, directed and star in the critically-acclaimed Passchendaele (2008), for which he won a Directors Guild of Canada Award and a Genie for Best Motion Picture. In the western comedy called Gunless, Paul was content to take it easy for the first time in years and just act, playing an American gunslinger who stumbles into a tiny Canadian border town.

Paul proved to be quite busy at the 2015 Toronto International Film Festival, appearing in two films. He played a role in Deepa Mehta's Beeba Boys (2015) and wrote, starred in and directed Hyena Road (2015), about modern warfare.

In 2019, Paul reprised his role as Brian Hawkins in the Netflix reboot of the series Tales of the City.

Married to Canadian actress Martha Burns since 1987, the two have a daughter, Hannah and a son, Jack.