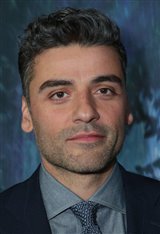 Born in Guatemala, Oscar Isaac was raised in Miami. His mother is from Guatemala and his father, a doctor, is from Cuba. After high school, Isaac stayed in Florida for a few years, earning an Associate Arts Degree from Miami-Dade Community College, as well as performing with his band, Blinking Underdogs and doing regional theater. His first professional acting job was children's theater for Coconut Grove Playhouse. He also toured with his band, opening for Green Day and performing at venues such... See All