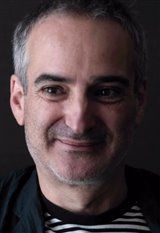 Olivier Assayas, the son of respected French director/screenwriter Jacques Remy, was born in Paris, France. Growing up around film studios, he developed an early interest in filmmaking, but instead opted to study literature and painting. When his father became ill, Assayas helped him, first as a secretary, then ghostwriting several scripts for the TV series Maigret. In the meantime, he also made short films. But sensing that his first shorts were immature, he thought the problem was his... See All