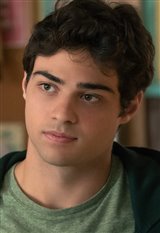 Born in Miami, Florida to Kellee Janel and former pastor Gregory Vincent Centineo, Noah Centineo is of Italian, Native American, Dutch and Puerto Rican descent. He grew up in Boynton Beach with his older sister Taylor and attended BAK Middle School of the Arts and Boca Raton Community High School.

During that time, he landed his first screen acting role at 13 as one of the leads in the 2009 family adventure film The Gold Retrievers, followed by a starring role in the family film Turkles (2011). After moving to Los Angeles at the age of 16, he landed roles on a variety Disney Channel shows such as Austin & Ally, Shake It Up and Jessie, as well as the TV film How to Build a Better Boy.

He would get his first regular TV series role in 2015, when he replaced former Disney Channel star Jake T. Austin in the role of Jesus Adams Foster for the third season of the ABC Family series The Fosters. He stayed with the series for three seasons in total until its conclusion in 2018. During that time, he received a nomination for a Teen Choice Award as Choice Summer TV Star: Male. During the last year of The Fosters, Noah was also cast as Hawk on the second season of the go90 original series T@gged, which has been renewed for a third season.

Since then, Noah has found even more success on Netflix in not only one, but two 2018 romantic comedies in which he played the male lead and the object of a girl's desire: Sierra Burgess Is a Loser and To All the Boys I’ve Loved Before, the latter which spawned two sequels: To All the Boys: P.S. I Still Love You (2020) and To All the Boys: Always and Forever (2021). He also played Brooks Rattigan in the Netflix comedy film The Perfect Date (2019).

Recent projects on the big screen including playing Langston in Elizabeth Banks’ 2019 Charlie’s Angels reboot, and he has also completed a role in the Jackie Chan-directed drama The Diary (2021).

In his spare time, Noah enjoys singing, reading, and going to the beach. He also enjoys yoga and martial arts.