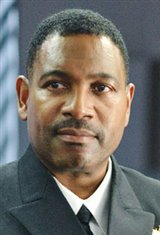 Born in St. Louis, Missouri, Mykelti Williamson is an African-American actor of part Blackfoot descent. His first name Mykelti (pronounced Michael Tee) means "Spirit/Silent Friend" in the Native language. Raised by his mother after his father abandoned his family, including an older brother and younger sister, Mykelti moved to places like Memphis and Phoenix, settling in Los Angeles after his mother remarried. Spending most of his childhood in Los Angeles, he became the youngest dancer with the... See All