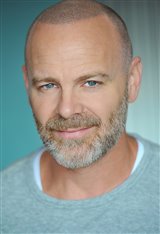 Born in Cornwall, Ontario, Michael Cram studied acting at the Centre for Actors Study in Toronto (CAST). He is best known for his regular role as Kevin "Wordy" Wordsworth on the crime drama series Flashpoint.

Most recently, he guest-starred on the series Shadowhunters: The Mortal Instruments and NCIS, and earned a supporting role in the action thriller Miss Sloane (2016) starring Jessica Chastain. In 2017, he played a starring role in the Canadian film The Space Between, directed and written by his Flashpoint co-star, Amy Jo Johnson.