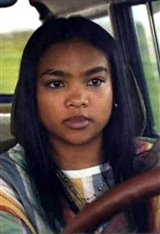 Mia Isaac was born in Atlanta, Georgia. She began acting at 10, booking commercials and print ads before moving on to TV and film. She spent her high school years auditioning for roles, eventually switching to online school to accommodate her work schedule better.

She landed her first professional role on the TV movie Lovestruck alongside Kathleen Turner and Rachel Bilson in 2019. The following year she starred in The Cancel Club, a short film she co-wrote.

She made her film debut in the Prime Video original movie Don't Make Me Go (2022), playing the disgruntled daughter of John Cho's character. She also stars in Quinn Shephard's Not Okay (2022) alongside Zoey Deutch and Dylan O'Brien.

In 2021 it was announced that Mia would star on the Hulu drama Series Black Cake, an adaptation of the novel by Charmaine Wilkerson of the same name. The series is set to be directed by Adrienne Warren.

Mia is the owner of a beloved lizard named Khaleesi.