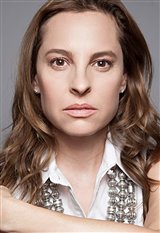 Marina de Tavira comes from a family with a strong theater tradition. She studied at the La Conchita theatre school in Coyoacán, the Theatre Studies Centre and the San Cayetano Theatre Formation Centre before making a name for herself in the theatre.

She had also appeared in a number of films and TV shows in Mexico when she was cast as Sofia, the mother of an middle class family in Mexico in the feature film Roma, directed by Alfonso Cuarón.

Marina received her first Academy Award nomination for her role in the film, in the Best Supporting Actress category.

In between acting jobs, Marina also teaches acting at the Casa de Teatro and is a founding member of the Incidente Teatro productions.