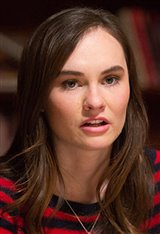 By the time Madeline Carroll made her acting debut in 2005 at the age of nine on the improv comedy show Hidden Howie: The Private Life of a Public Nuisance, starring Howie Mandel, she'd already been working for more than half her life. She began modeling when she was three years old and had also done numerous television commercials. A native of Los Angeles, her first film appearance was in When a Stranger Calls (2006) starring Camilla Belle. Other roles followed in major motion pictures such as... See All