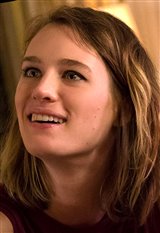 Mackenzie Davis was born in Vancouver, British Columbia to Lotte and John Davis, owners of a hair care company based out of the province. As a child, she took every opportunity she could find to perform but decided not to pursue acting professionally until she’d finished school. She studied English and Women’s Studies at McGill University, while taking acting classes and performing in school plays to hone her craft. Mackenzie moved to New York City to study acting at the Neighborhood Playhouse... See All