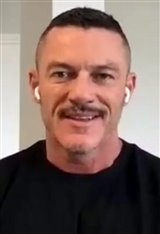 Welsh actor Luke Evans was born in Pontypool, Wales but grew up in Aberbargoed, South Wales. At the age of 17, he moved to Cardiff where he studied with established vocal coach Louise Ryan. In 1997 Luke attended the London Studio Center, graduating in 2000. From 2000 to 2008 Luke starred in a number of London's West End productions. In 2008 he landed his most significant role, playing Vincent in the play Small Change (2008). At the age of 30, Evans auditioned for and won his first movie role. He... See All