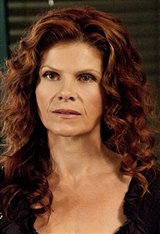 Born in Toronto to Yugoslavian parents, Lolita Davidovich was raised speaking Serbo-Croatian. When she was 10, her parents divorced and she stayed with her mother. Lolita was determined to become an actress, and as a young woman moved to Chicago to take classes. There she found some stage work under the name Lolita David. She gradually began getting bit parts in feature films like Adventures In Babysitting (1987). After six months of fiercely competitive auditioning, she made her flamboyant film... See All