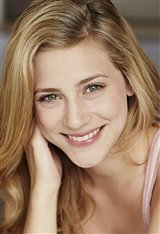 At a young age, Lili embraced her passion for the performing arts, taking dance lessons for a period of 10 years and appearing onstage in several local musicals. At age 11, she signed with a professional agency. Once a month for more than a year, she made the trip from Ohio to New York for auditions. At the age of 15, after playing roles in two short films and making guest appearances on two TV series, including Law & Order: Special Victims Unit in 2011, she made her big screen debut in the... See All