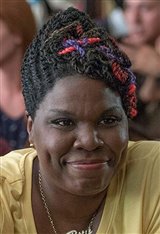 Saturday Night Live star Leslie Jones was born in Memphis and called it home until her dad took a job in Los Angeles. Tall and athletic, Leslie played basketball throughout her high school years and earned an athletic scholarship to Chapman University. However, when her coach at Chapman took a job coaching at Colorado State University, Leslie followed him there. While at Colorado State University, Leslie had her first brush with performing on stage. She delivered a stand-up routine and won the... See All