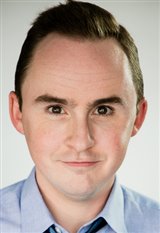 Kevin Covais is the youngest of three children born to John and Patty Covais of Levittown, New York. The diminutive Covais shot to fame after appearing on season five of American Idol, where he was nicknamed 'Chicken Little' by fellow contestant Paris Bennett because of his resemblance to the Disney movie character. The young singer captivated audiences with his charm and singing abilities, but wound up finishing eleventh in the competition.

After he was eliminated from American Idol, Kevin hit the talk show circuit and appeared on Jimmy Kimmel Live, Live with Regis and Kelly and The Ellen DeGeneres Show. When he returned to his hometown, the mayor presented him with a key to Nassau County and declared March 30th "Kevin Covais Day."

Having proved his talent as a singer, Kevin next decided to commit to a career as an actor. In high school he held starring roles in productions of Guys and Dolls, Godspell and Brighton Beach Memoirs. He was set to star in a school production of Anything Goes, but had to give up the role so he could compete on American Idol.

Kevin made his big screen debut in College (2008) alongside Drake Bell and Andrew Caldwell.

In 2009, he joined Lindsay Lohan in the straight-to-DVD film Labor Pains. Not long after, he landed a recurring role on the Disney/ABC TV series State of Georgia, followed by several episodes of the Disney Channel series Good Luck Charlie from 2012 to 2014. He's also played small roles in major motion pictures such as Men in Black 3 (2012) and Transformers: Age of Extinction (2014).

Diagnosed with insulin-dependent diabetes at age 11, Kevin works with the American Diabetes Association to educate young people about diabetes. He also continues to make singing appearances.