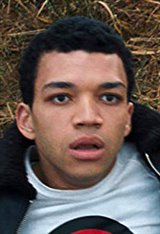 Born in Los Angeles, California, Justice Elio Smith is best known for his roles in the Netflix series The Get Down and the blockbuster film Jurassic World: Fallen Kingdom. Justice comes from mixed parentage with his father, Wayne Smith, being of African-American descent, while his mother, Duilia Setacci, has a French-Canadian and Italian background. Justice attended the Orange County School of the Arts, graduating in 2013 with a major in acting. During his senior year at Orange County, he was... See All