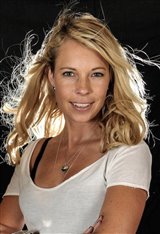 Ever wonder what it is like to tickle a tiger shark on the nose? Dance with a bull shark or swim with a great white shark outside of a cage? Julie Andersen does. Founder of the non-profit Shark Angels, Andersen certainly has a special relationship with sharks, having spent hundreds of hours underwater, free of any cages, with them.

Julie has spent the last decade traversing around the world following sharks. Her unbelievable journey has taken her to all corners of the earth where she has become intimately acquainted with dozens of species – certainly those known as the “most dangerous” supposed man-eaters. Even more shocking when you consider she's a mere 5'5" woman.

Julie fell in love with sharks the moment she met her first hammerhead, and she’s been working for them ever since. She made her unusual passion into a mission, and turned her life upside down, even selling her advertising agency and moving to South Africa.

From making shark fin an illegal substance for more than 100 million people with Rob Stewart and Fin Free, to working with celebrities in China, and hundreds of thousands of children to give them a voice to stand up for their future, she's gone undercover in 20 countries to expose the shark fin trade. She's also helped build the world’s largest shark sanctuaries, created powerful media counter to Jaws and Shark Week, and gotten people, from kids to celebrities, in the water with sharks as she leads tens of thousands of angels around the world to give sharks a chance.

Her adventures have been featured on CNN, Discovery, Animal Planet, NatGeo Wild and dozens of other documentaries, tv shows and publications around the world.