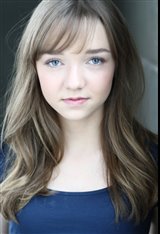 Born in Vancouver, Julia Sarah Stone began taking acting classes at age six and by the time she was nine, she told her mother she wanted to get into acting professionally. Her mother, Sue Chappel, had Julia wait a year to make sure she was really interested. In 2009, Julia landed her first screen role in a short film called A Brush of Red. Just two years later, she landed the starring role of Elizabeth Alison Gray in the feature film The Year Dolly Parton Was My Mom (2011). Played an adopted... See All