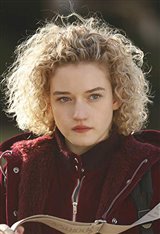 Julia Garner was born in the Riverdale neighborhood of the Bronx, New York. Her family includes her mother, Tami Gingold, a therapist and comedian, her father, Thomas Garner, a painter and an art teacher, and her older sister, Anna (Ani), who is a writer, producer and an artist. In an effort to overcome her shyness, Julia began taking acting lessons at the age of 15, just two years before she would land her feature film debut in Martha Marcy May Marlene (2011). That led to roles in films such as... See All