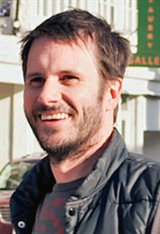 The son of actors Sandra Kingsbury and Dan Hamilton, Josh Hamilton was born and raised in New York City. Although his first screen appearance was as a child in the 1977 indie film A Good Dissonance Like a Man opposite his mother, his career began in earnest in the 1980s when he was in his teens, with appearances on TV series such as Kate & Allie and All My Children, as well as an ABC Afterschool Special called Summer Switch.

After taking time out to study theater at Brown University in Providence, Rhode Island, Hamilton’s career began to escalate. In 1991 he won an Emmy for his performance in the CBS Schoolbreak Special Abby, My Love and shortly after, he landed a number of film roles including that of Roberto Canessa in Alive (1993). This film marked his first collaboration, but not his last, with fellow actor Ethan Hawke. During the 1990s, and again as recently as 2010, they continued to work together, both in film and on the stage, and were co-founders of the Malaparte Theater Company in the 1990s.

In 1994, Hamilton starred in the film With Honors, which also featured young actors Brendan Fraser and Patrick Dempsey. Perhaps his best known film from the 1990s is Noah Baumbach's Kicking and Screaming (1995), for which he received top billing. Throughout the '90s, he continued to play a variety of parts in smaller films, many of which were comedies.

In 2011, Hamilton secured the role of Robert Irwin in the J. Edgar Hoover biopic J. Edgar alongside Leonardo Dicaprio, Naomi Watts, and Judi Dench. Since this film released, Hamilton has landed parts in several other movies, including Something in the Water (2012), Adam Shaw (2013) and Dark Skies (2013). Dark Skies represents Hamilton’s first leading role in a mainstream film although he has had smaller parts in other blockbusters, such as The Bourne Identity (2002) and in the award-winning film Manchester by the Sea (2016).

When not appearing in television or film, Hamilton returns to his first love—the stage. He has appeared in numerous productions, including Proof (2001-2002) and The Coast of Utopia (2006-2007), co-starring Jennifer Ehle and Ethan Hawke. He has starred in most of the Malaparte Theater Company’s productions and, after the dissolution of the company in 2000, continued to act in other plays both on and off Broadway. In 2005, he received a Lucille Lortel award nomination for his role as Mickey in Hurlyburly. He starred as Tom in the original Broadway production of Fat Pig in 2011 and starred alongside Katie Holmes in the comedy Dead Accounts on Broadway from 2012 to 2013. In 2014, he played the starring role of Max in The Real Thing at The Roundabout Theatre on Broadway.

On the big screen, he recently starred as Mark Day in the coming-of-age drama Eighth Grade (2018). On the small screen, he plays Matt Jensen on the hit Netflix series 13 Reasons Why.