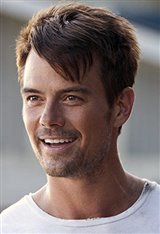 Growing up in Minot, North Dakota, Josh Duhamel participated in every sport available. He was on the football, basketball, and track teams in high school, then went on to play college football at Minot State University. He studied biology with the intention of going to dental school, but low grades forced him to choose a different career path. He began modeling in California, then went to Milan, Italy for the summer of '98. After returning to the States, he moved to Los Angeles and continued to model. He also took a part time job at a talent agency and while there an agent took notice of his good looks and asked him if he wanted to act.

They signed him to their roster, and Duhamel quickly decided to take some acting classes in preparation. In September 1999, he landed his first acting job, playing the title role in an adaptation of Oscar Wilde's The Picture of Dorian Gray. Two days before he left to shoot the film in Bulgaria, he screen tested for the part of Leo, a new character on the daytime soap All My Children. Several weeks later, he got a call saying that he'd won that role as well. After finishing the film he flew to New York City, where he played the role of Leo for almost three years.

In 2003, he landed a starring role on a new NBC TV drama series, Las Vegas, co-starring veteran actor James Caan. He was also chosen for the title role in the big budget motion picture called Win a Date with Tad Hamilton! (2004). He's also appeared in the blockbuster film Transformers (2007), as well as the sequel, Transformers: Revenge of the Fallen (2009).

Josh's latest efforts include the thriller Misconduct (2016) with Anthony Hopkins and Al Pacino, the sci-fi flick Transformers: The Last Knight (2017) and the teen drama Love, Simon (2018).

In his spare time, Duhamel goes running and biking to keep in shape. He married singer Fergie (aka Stacy Ferguson) on January 10, 2009. Their son, Axl Jack Duhamel, was born on August 29, 2013. They are currently separated.